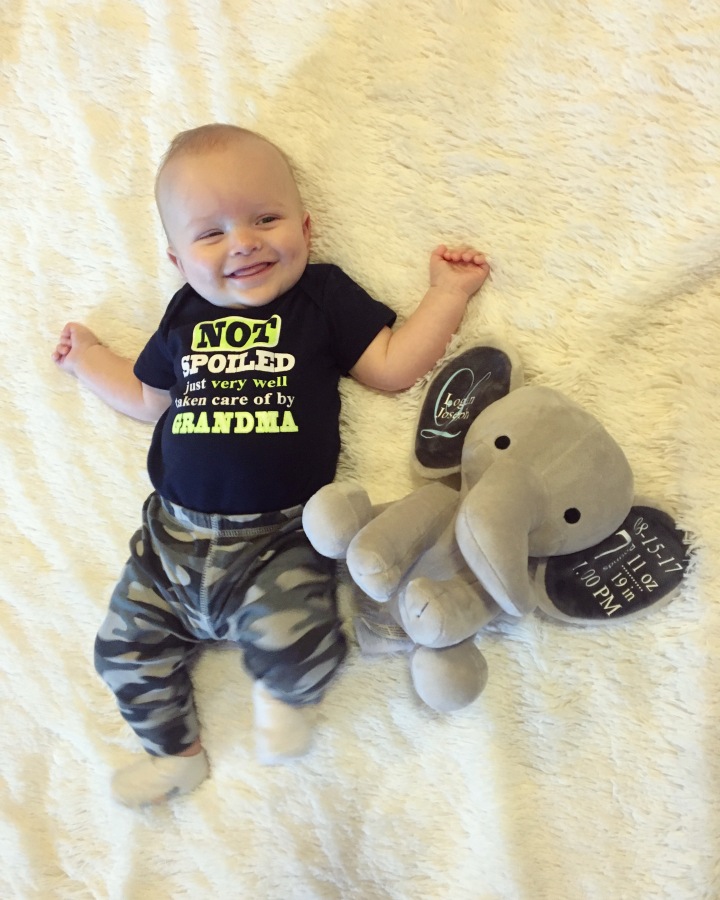 Hi guys! So, I obviously have not been doing so great with juggling life in general lately. It all started Thanksgiving week when both boys got sick. I thought one sick kid was hard, but man, two sick kids is freaking HARD. It’s so tough seeing them sick, and between taking care of them & worrying about them being sick, I didn’t have time for much else. Then it’s Christmastime and I’ve been trying to fit in ALL THE HOLIDAY THINGS before Logan’s first Christmas is over. But anyways, I thought I’d pop on here to write Logan’s FOUR MONTH UPDATE. Y’all…4 months already. It is flying by & my baby boy is a big ol’ chunk now. 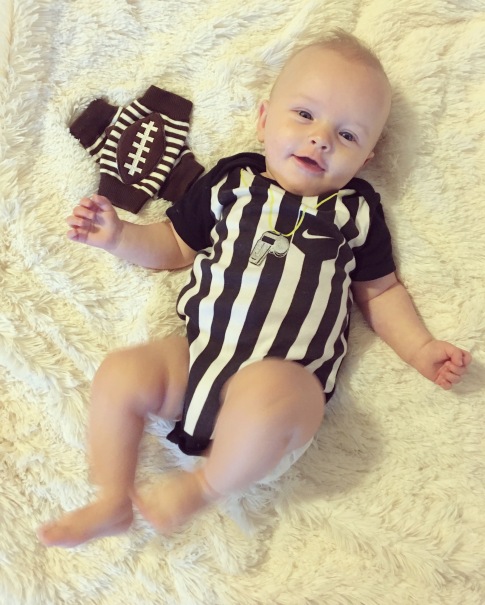 Weight // Chunking up so quick. He’s weighing in at 15lb 7.5oz now. I’m so happy that he is gaining weight so well, considering the fact that he only takes breast milk and is still refusing bottles. His little leg rolls are so freaking cute.

Sleeping // He has a few stretches where he will sleep for 4-6 hours, but that is very rare. He is still waking up basically every 3 hours or earlier. I think we are going to start sleep training soon, because it’s getting pretty rough with such little sleep. Basically a zombie over here.

Breastfeeding // I am really proud of how long Logan has been growing solely from nutrients from me. Our bodies are so amazing when we’re pregnant and growing babies, and now after pregnancy producing milk for my little nugget. I honestly did not expect to exclusively breastfeed Logan this long. I wanted to nurse for a year, but I really planned on supplementing with formula too. Logan obviously has other plans. I only nursed Lucas for 5 months, and even with him we were supplementing from early on, so he was getting breastmilk and formula. Even though it’s not always easy, I am so thankful that my body has allowed me to provide all the nutrients my little man has gotten so far in his life. The doctor did give us the go ahead to start oatmeal and solid foods. Ahhh, I can’t believe it’s time already! We plan on trying oatmeal either today or tomorrow.

Milestones // Roly Poly! This dude will not stay on his back anymore. As soon as you put him down, he is rolling over to his belly. He has recently discovered his hands and feet. It’s so cute when he starts grabbing his little feet. He gets all cross eyed when he tries to look at his hands sometimes. Our little guy is Mr. Talkative, just like big brother. He coos a lot, and we get lots of laughs out of him. He is always smiling, unless he’s hungry or tired. 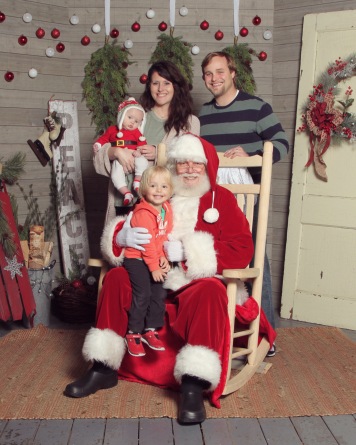 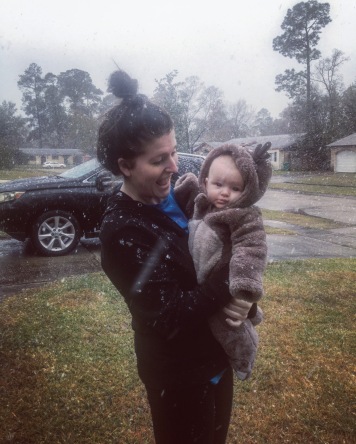 We went to his well visit check up this morning and wow, is he growing! He is 25 3/4 in. tall now. Lucas is only like 35 in. tall, so I feel like Logan is going to pass up big brother soon enough! He has had such a busy month with lots of firsts. He’s been doing all of the holiday festivities. He had his first visit with Santa, and he did so good. Lucas did good too. We also got to have his first snow day, which was so special. I dressed him up in a little reindeer outfit that Lucas wore when we went to Tennessee when he was 9 months old. I was so happy that I got to put Logan in it too because it is SO. DANG. CUTE. It’s this reindeer jumpsuit from Carter’s, and it’s on sale for only $12!! right now. If you live somewhere where you have cold weather, jump on this deal because it is the cutest to dress your baby up in. 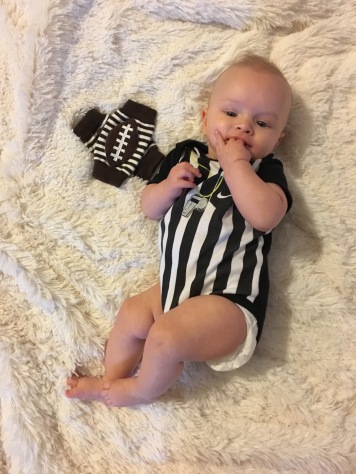 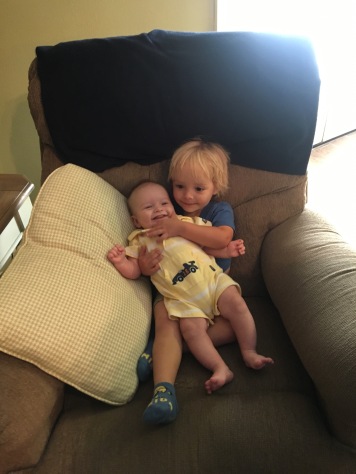 WHAT a busy month! I can’t believe this year is almost over. It literally went by so quickly. It really is true that once you have kids, time flies. Hoping to get my life a little more organized in this coming year.

Thanks for stopping by! Hope you guys are having a wonderful holiday season! 🙂